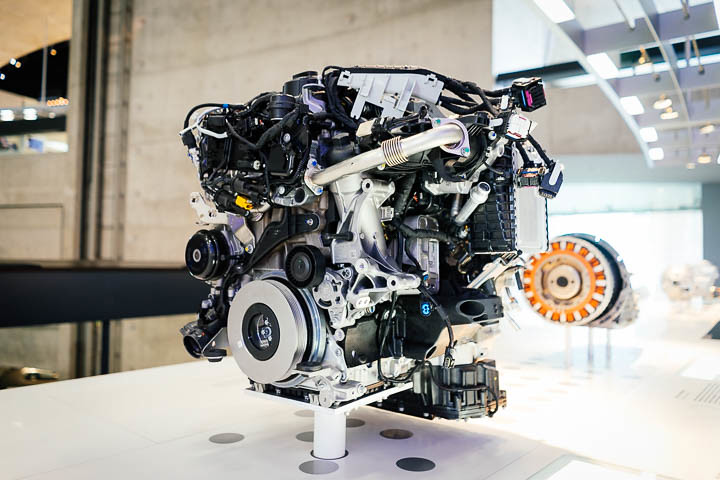 WHAT ARE INTERNAL COMBUSTION ENGINES (ICE)?

An Internal Combustion Engine (ICE) is a heat engine in which the combustion of a fuel occurs with an oxidizer (usually air) in a combustion chamber that is an integral part of the working fluid flow circuit.


In an internal combustion engine, the expansion of the high-temperature and high-pressure gases produced by combustion applies direct force to some component of the engine. The force is applied typically to pistons, turbine blades, rotor or a nozzle. This force moves the component over a distance, transforming chemical energy into useful work.

HOW IS IT DIFFERENT FROM AN EXTERNAL COMBUSTION ENGINE?

In an External Combustion Engine, such as steam or Stirling engines, energy is delivered to a working fluid not consisting of, mixed with, or contaminated by combustion products. Working fluids can be air, hot water, pressurized water or even liquid sodium, heated in a boiler. Whereas, ICEs are usually powered by energy-dense fuels such as gasoline or diesel fuel, liquids derived from fossil fuels. While there are many stationary applications, most ICEs are used in mobile applications and are the dominant power supply for vehicles such as cars, aircraft, and boats.

NOTE: Typically an ICE is fed with fossil fuels like natural gas or petroleum products such as gasoline, diesel fuel or fuel oil. There is a growing usage of renewable fuels like bio-diesel for CI (compression ignition) engines and bio-ethanol or methanol for SI (spark ignition) engines. Hydrogen is sometimes used, and can be obtained from either fossil fuels or renewable energy.

HOW THIS RECENTLY DEVELOPED TECHNOLOGY CAN INCREASE EFFICIENCY OF “ICE”?

Laser surface micro-texturing, which offers precise control of the size, shape and density of micro-surface texture features has gained momentum as a way to control friction and wear.

In this technology, a pulsating laser beam creates micro-dimples or grooves on the surface of materials in a very controlled manner. Such textures can trap wear debris when operating under dry sliding conditions and sometimes provide effects like enhancing oil supply (lubricant reservoir) which can lower friction coefficients and may enable reduced wear rate.

ESTABLISHMENT: Established in the year 1997, ARCI is an Autonomous Research and Development Centre of Department of Science and Technology (DST), Government of India.

MANDATE: ARCI’s mandate is:
FUNCTIONING: The activities are pursued through 11 Research Centres, with main focus on development of nationally unique technologies and application oriented programmes. Synonymous to its name, ARCI is also open to collaborate with Indian and foreign laboratories, universities and industries for successful achievement of its goals.

ACHIEVEMENTS: ARCI has successfully transferred 15 technologies to 27 receivers and few other technologies are under transfer.