The Prime Minister, Shri Narendra Modi has expressed condolences on the passing away of Rajyogini Dadi Janki Ji, the Chief of Brahma Kumaris. 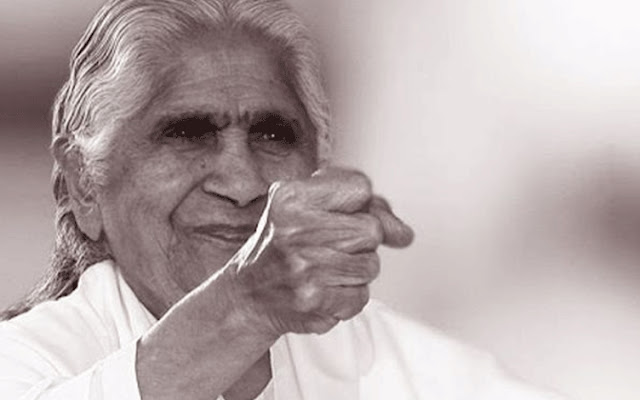 WHO ARE BRAHMA KUMARIS?

The Brahma Kumaris are a Spiritual movement that originated in Hyderabad, Sindh, during the 1930s. The Brahma Kumaris (“Daughters of Brahma”) movement was founded by Lekhraj Kripalani. The organisation is affiliated with the United Nations and is known for the prominent role that women play in the movement.

WHAT ARE THE BELIEFS OF BRAHMA KUMARIS?

The movement has distinguished itself from its Hindu roots and sees itself as a vehicle for spiritual teaching rather than as a religion.


It teaches a form of meditation that focuses on identity as souls, as opposed to bodies. They believe that all souls are intrinsically good and that God is the source of all goodness. The organisation teaches to transcend labels associated with the body, such as race, nationality, religion, and gender, and it aspires to establish a global culture based on what it calls “soul-consciousness”.

WHAT IS THE LIFESTYLE OF BRAHMA KUMARIS?

Brahma Kumaris recommend a specific lifestyle in order achieve greater control over physical senses. However, many participate in a casual way, electing to adopt whichever beliefs and lifestyle disciplines in the following list they wish:

WHAT ARE THE ACTIVITIES UNDERTAKEN BY BRAHMA KUMARIS?

EDUCATION: Brahma Kumaris conducted an introduction to meditation consisting of seven two-hour-long sessions. With the support of Vicente Fox, the Brahma Kumaris introduced their meditation practice and philosophy to the Government of Mexico through the “Self Management Leadership” (SML).


RENEWABLE ENERGY: Their work in solar energy and sustainable energy has included the 2007 development of the world’s largest solar cooker, and a solar thermal power plant in Talheti at the base of Mount Abu, where the international headquarters is located.


SUSTAINABLE YOGIC AGRICULTURE: Sustainable Yogic Agriculture (SYA) is a program started in Northern India in 2009. The program has been a collaboration between Sardarkrushinagar Dantiwada Agricultural University in Gujarat India and the Brahma Kumaris Rural Development wing. The program has now been publicly backed by the Indian Government.

UN CONSULTATIVE STATUS: In 1998 the Brahma Kumaris gained consultative status with the United Nations Department of Economic and Social Affairs.