Context: In a written reply to the question asked in Rajya Sabha, information about Minimum Support Price (MSP) was provided by the Union Minister of Agriculture and Farmers Welfare Shri Narendra Singh Tomar. 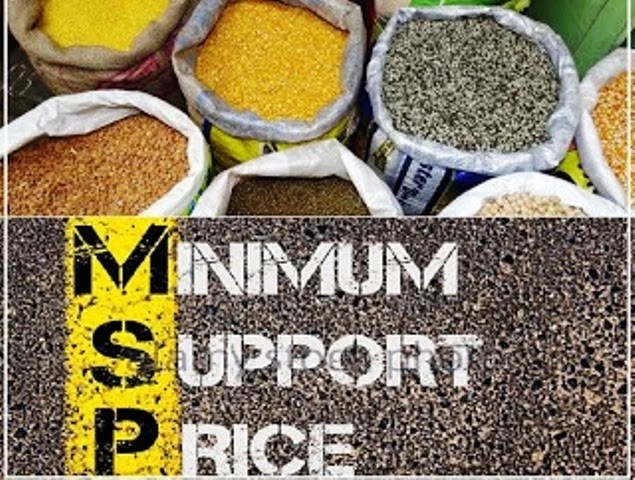 WHAT IS MSP? Minimum Support Price (MSP) is a form of market intervention by the Government of India to insure agricultural producers against any sharp fall in farm prices. These are announced by the Government of India at the beginning of the sowing season for certain crops on the basis of the recommendations of the Commission for Agricultural Costs and Prices (CACP).  MSP is price fixed by Government of India to protect the producer – farmers – against excessive fall in price during bumper production years. The minimum support prices are a guarantee price for their produce from the Government. HOW IS IT DETERMINED? In formulating the recommendations in respect of the level of minimum support prices and other non-price measures, the Commission takes into account, apart from a comprehensive view of the entire structure of the economy of a particular commodity or group of commodities, the following factors:-

Government has announced its historic decision to fix MSP at a level of at least 150% of the cost of production for kharif crops 2018-19. WHAT ARE THE CROPS COVERED? Government fixes minimum support prices (MSPs) of 22 mandated crops including paddy, wheat, for every agricultural year and fair & remunerative price (FRP) for sugarcane on the basis of recommendations of Commission for Agricultural Costs & Prices (CACP), after considering the views of State Governments and Central Ministries/Departments concerned & other relevant factors.  The mandated crops are 14 crops of the kharif season, 6 rabi crops and two other commercial crops. In addition, the MSPs of toria and de-husked coconut are fixed on the basis of the MSPs of rapeseed/mustard and copra, respectively. The list of crops are as follows.

National Commission on Farmers (NCF) headed by Dr. M.S. Swaminathan had recommended that the MSP should be at least 50 % more than the weighted average cost of production.

The Union Budget for 2018-19 had announced the pre-determined principle to keep MSP at levels of one and half times of the cost of production. Accordingly, Government has increased the MSPs for all mandated Kharif, Rabi and other commercial crops with a return of atleast 50 per cent of cost of production for the agricultural year 2018-19.

During 2019-20 also, Government has increased the MSP of all mandated kharif and rabi crops in line with the principle of fixing the MSP with a return of atleast 50 % of the cost of production.