Context: The 33- year-old, ARVIND KUMAR PAI, has collected 1,200 One-rupee currency notes bearing serial numbers that match with dates of historical and important events in the country. 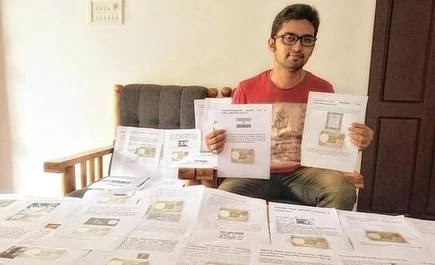 KEY DETAILS ABOUT HIS COLLECTION Among his collections, he posses following notable notes apart from other that he has in his inventory: