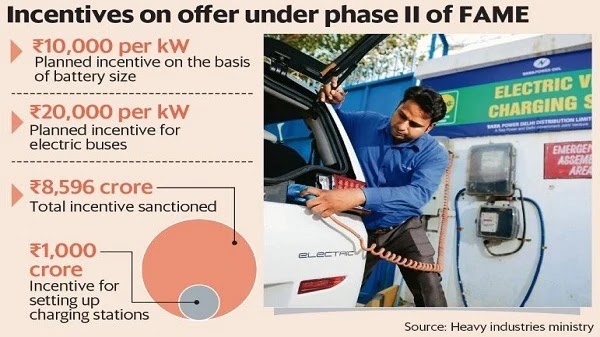 Context: The Ministry of Health and Family Welfare (MoHFW) recently conducted the 10th round of National Deworming Day (NDD).

KEY HIGHLIGHTS As part of this campaign, children and adolescents aged 1-19 years are being administered Albendazole (400 mg) across government, government-aided schools, anganwadis, private schools and other educational institutions.

OBJECTIVE: The NDD is implemented with an objective to reduce the prevalence of Soil Transmitted Helminths (STH), commonly called the parasitic intestinal worms, among all children and adolescents.

Every year February 10 and August 10 is observed as the National Deworming Day (NDD).

Launched in 2015, the NDD is the largest public health programimplemented on asingle dayreaching crores of children and adolescents through two NDD rounds every year. This year,19 statestook up activities to reach 9.35 crore of the target population and it will be observed in34 States/UTsover thenext weeksand is expected to reach anestimated 30 crore of the target population.

NDD is implemented in close collaboration with the Ministry of Women and Child Development and Ministry of Human Resource Development. It is a key intervention of Anemia Mukt Bharat.  NDD presents opportunities to further policy dialogue on health and nutrition as a way of supplementing efforts under POSHAN Abhiyaan.

In 2016, the NDD, a day and programme dedicated to deworm children, was scaled up to cover all the districts across the country. Since then it is observed twice a year on February 10 and August 10, across the nation.

According to the World Health Organisation, about 241 million children in India in the ages of 1-14 years are at a risk of parasitic intestinal worms or STH. This means, India accounts for approximately 28% of the total number of children globally estimated to be at-risk of STH infections.

Infections with the main STH – roundworm, whipworm and hookworms – contribute to 50.1 lakh disability adjusted life-years (DALYs) worldwide (WHO, 2010). One DALY can be thought of as one lost “healthy” year from a life.

WHAT ARE INTESTINAL WORMS? Intestinal worms are those parasites that live in the human intestines and which consume nutrients and vitamins that a child consumes. There are basically three major types of STH that infect people, roundworm (Ascaris lumbricoides), whipworm (Trichuris trichiura) and hookworms (Necator americanus and Ancylostoma duodenale). Being parasitic in nature, these worms depend on the human body for their food and survival and while being there, they lay thousands of eggs each day.

Context: Presently, Phase-II of FAME India Scheme is being implemented for a period of 3 years from 01st April, 2019 with a total budgetary support of Rs. 10,000 crore.

ABOUT FAME INDIA SCHEME? The Department of Heavy Industry is administrating Faster Adoption and Manufacturing of (Hybrid &) Electric Vehicles in India (FAME India) Scheme for promotion of adoption of electric/hybrid vehicles (xEVs) in India since 01st April, 2015.The Phase-I of the Scheme was extended from time to time and the last extension was allowed till 31st March 2019. In the First Phase of the Scheme about 2.8 lakh hybrid and electric vehicles are supported by way of demand incentive amounting to about Rs 359 crore. Further, DHI sanctioned 425 electric and hybrid buses to various cities in the country with total cost of about 300 Crores.  The Department of Heavy Industry also sanctioned about 500 Charging Stations/ Infrastructure for Rs.  43 Crore (approx.) in cities like Bangalore, Chandigarh, Jaipur and NCR of Delhi under Phase-I of FAME-India Scheme. ABOUT PHASE II OF FAME INDIA SCHEME Phase-II of FAME India Scheme is being implemented for a period of 3 years from 01st April, 2019 with a total budgetary support of Rs. 10,000 crore. This phase will mainly focus on supporting electrification of public & shared transportation, and aims to support through subsidies approx. 7000 e-Buses, 5 lakh e-3 Wheelers, 55000 e-4 Wheeler Passenger Cars and 10 lakh e-2 Wheelers.  Under Phase-II of FAME India Scheme, about 10,000 Electric Vehicles are supported by the way of Demand Incentive amounting to about Rs. 27 Cr.  In last 10 months about 11000 EVs have been purchased by consumers under FAME-II Scheme and efforts of DHI in establishment of charging Stations are resulting in increase in sale of EVs. WHAT ARE THE INITIATIVES TAKEN BY THE GOVERNMENT IN PROMOTING ELECTRIC/HYBRID VEHICLES? (i) Under new GST regime, GST on EVS is reduced from existing 12% rate to 5% as against the 28% GST rate with Cess up to 22% for conventional vehicles. (ii) Ministry of Power has allowed sale of electricity as service for charging of electric vehicles. This will provide a huge incentive to attract investments into charging infrastructure. (iii) The Government has also granted exemption to the Battery Operated Transport Vehicles and Transport Vehicles running on Ethanol and Methanol fuels from the requirements of permit. (iv) The Government has proposed exemption of registration fees for battery operated/electric vehicles to promote the use of eco-friendly vehicles in the country. (v) In the budget of 2019-20, the  Finance Minister announced for providing additional income tax deduction of Rs 1.5 lakh on the interest paid on loans taken to purchase electric vehicles.

INITIATIVES TO IMPROVE THE QUALITY OF EDUCATION IN NORTH-EASTERN REGION

Context: Education is in the Concurrent List of the Indian Constitution and majority of the schools come under the jurisdiction of the respective States and Union Territory (UT) Government which is the appropriate Government under the Right of Children to Free and Compulsory Education (RTE) Act, 2009. 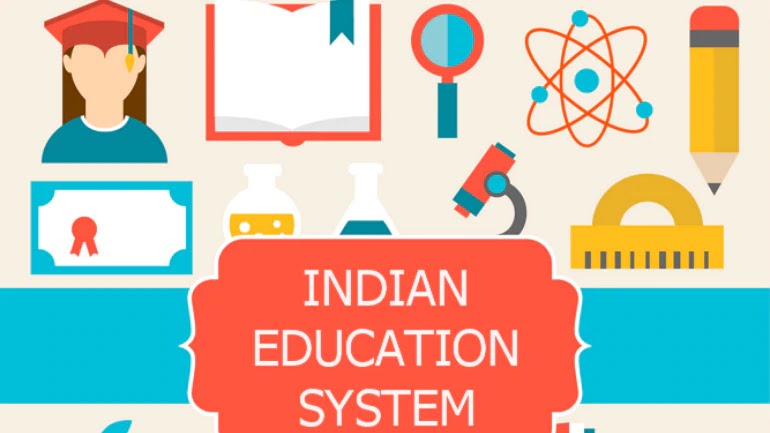 There are a number of initiatives taken by the Government of India for improving the quality in school education in the country including NE Region. Some of these initiatives are enlisted below:

OVERVIEW OF ALL THESE SCHEMES

Context: Reportedly, Punjab has been excluded from the coverage of Atal Bhujal Yojana (Atal Jal).

ABOUT ATAL BHUJAL YOJANA Atal Bhujal Yojana (ATAL JAL) is a Central Sector Scheme of the Ministry of Jal Shakti to improve ground water management through community participation. The scheme has a total outlay of Rs.6000 crore and is to be implemented over a period of 5 years (2020-21 to 2024-25) with the financial assistance of World Bank with a sharing pattern of 50:50 between Government of India and World Bank. The Department of Water Resources, River Development & Ganga Rejuvenation, Ministry of Jal Shakti is adopting a mix of ‘top down’ and ‘bottom up’ approaches in identified ground water stressed blocks in 7 states, representing a range of geomorphic, climatic and hydrogeologic and cultural settings. The water stressed blocks covered under the scheme includes Gujarat, Haryana, Karnataka, Madhya Pradesh, Maharashtra, Rajasthan and Uttar Pradesh.

WHAT ARE THE COMPONENTS OF THE YOJANA?

Context:  Government of India is developing the Electronic Skill Credential Standard (ESCS) Specifications that would enable candidates to verifiably state their skill levels.

Directorate General of Training (DGT), Ministry of Skill Development and Entrepreneurship proposes to issue digital ‘e-Credentials / e-Certificates’ which are freely portable for candidates and easily verifiable at scale by employers and job matching platforms but continue to allow print and other visual forms for human consumption.

This would enable candidates to verifiably state their skill levels with a high degree of trust in authenticity to aggregators, matchers, and employers. Now in the DGT ecosystem, all the certificates are ‘e-Certificates’, digitally signed.

e-Credentials are an electronic scheme-based standard for describing credentials data in a machine-readable format (JSON-LD representation of RDF- a Resource Description Framework, a web standard) along with its printable human-friendly version to make credential exchange between digital agents open and reliable.

Certificates issued as per this specification can be aligned to one or more educational standards. They are secured using digital signatures.These will also be pushed in DigiLocker.

This standard is an open standard, free to use, and does not cost anything extra to the Government or the student.

DigiLocker is an online service provided by Ministry of Electronics and IT (MeitY), Government of India under its Digital India initiative. DigiLocker provides an account in cloud to every Indian citizen to access authentic documents/certificates such as driving license, vehicle registration, academic mark list in digital format from the original issuers of these certificates. It also provides 1GB storage space to each account to upload scanned copies of legacy documents.

The beta version of the service was rolled out in February 2015,[2] and launched by the Prime Minister on 1 July 2015.[3][4] The storage space provided was 100 MB initially, and was later increased to 1 GB.[5] The individual file size for upload cannot exceed 10 MB.

Pradhan Mantri Krishi Sinchai Yojana is basically a national mission to improve farm productivity and ensure better utilization of the resources in the country. With an outlay of Rs.50,000 crores for a period of 5 years (2015-16 to 2019-20) is to achieve convergence of investments in irrigation at the field level.

The Government provides financial assistance @ 55% for small and marginal farmers and @ 45% for other farmers for installation of Drip and Sprinkler Irrigation systems.

OBJECTIVE: The major objective of PMKSY is to achieve:

The scheme is implemented by Ministries of Agriculture, Water Resources and Rural Development. The programme is supervised and monitored by an Inter-Ministerial National Steering Committee (NSC) constituted under the Chairmanship of Prime Minister with Union Ministers from concerned Ministries. A National Executive Committee (NEC)  constituted under the Chairmanship of Vice Chairman, NITI Aayog oversees the programme implementation, allocation of resources, inter ministerial coordination, monitoring & performance assessment, addressing administrative issues etc.

PMKSY is to be implemented in an area development approach allowing the states to draw their irrigation development plans based on district/blocks plans with a horizon of 5 to 7 years. States can take up projects based on the District/State Irrigation Plan.

All the States and Union Territories including North Eastern States are covered under the programme.

WHAT ARE THE VARIOUS COMPONENTS OF PMKSY?

The Scheme has following as its key components:

This year’s “Hunar Haat”, to be organised by Ministry of Minority Affairs from 13th February, 2020 at India Gate Lawns, Rajpath, New Delhi will be based on the theme of “Kaushal Ko Kaam”. KEY INFORMATION

Hindustan Paper Corporation Limited (HPC), the parent company of HNL,is under liquidation as per the orders of the NCLT, New Delhi Bench and the National Company Law Appellate Tribunal (NCLAT).  On 25.11.2019, the NCLT, New Delhi granted permission to the Liquidator, HPC to sell the 100% shareholding of HPC in HNL to the Government of Kerala. ABOUT NATIONAL COMPANY LAW TRIBUNAL

PRESIDENT: Justice M.M. Kumar, a retired Chief Justice of the Jammu & Kashmir High Court has been appointed President of the Tribunal.

POWERS: The National Company Law Tribunal has the power under the Companies Act to adjudicate proceedings: