Context: Guwahati, which is the largest city in the Northeast Region of India, has yielded a new species of lizard – the urban bent-toed gecko. 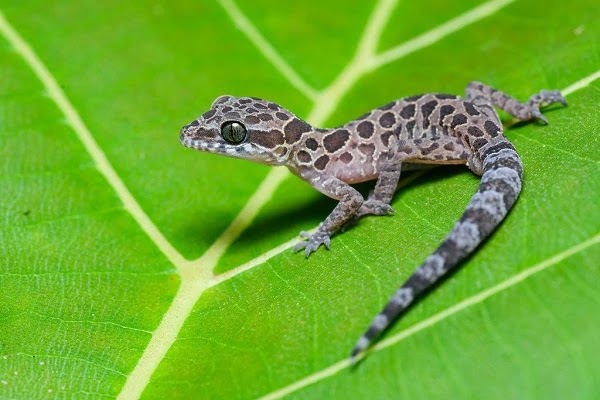 ABOUT THE NEW SPECIES DISCOVERED It was also the 12th recorded gecko from the Northeast. The new species of lizard, zoologically named Cyrtodactylus urbanus, is markedly different in molecular structure, blotch and colour from the Cyrtodactylus guwahatiensis, or the Guwahati bent-toed gecko, that was discovered two years ago.

All bent-toed geckos in Northeast India were thought to be a single species, the Cyrtodactylus khasiensis found primarily in the Khasi Hills of Meghalaya.

Though the urban bent-toed gecko falls within the khasiensis group, it differs from other members of this group in mitochondrial sequence data as well as aspects of morphology such as the number and arrangement of certain pores in males, the number of mid-ventral scales and colour pattern. The study on the urban bent-toed gecko also provided additional information on the Guwahati bent-toed gecko, the first of the two Cyrtodactylus endemic to the areas covered by the city and the 4th from Assam. NOTE: Guwahati is home to 26 species of amphibians, 57 species of reptiles, 214 species of birds and 36 species of mammals. The city provides that edge for urban biodiversity to thrive because it encompasses 18 hills, 8 reserve forests, 2 wildlife sanctuaries and a Ramsar site (wetland) besides the Brahmaputra river. PREVIOUS DISCOVERIES: In January 2020, researchers had discovered six new species of bent-toed geckos – a type of small lizard – from northeastern India, and one of them is from Assam’s capital, Guwahati. These 6 new species includes: