The main aim of the POSHAN Anthem is to inspire people to join the movement to fight the scourge of malnutrition. The Anthem has been written by Prasoon Joshi and composed and sung by Shankar Mahadevan. The song possess simple words and tune which can be sung by all and will encourage citizens to take up the eradication of malnutrition in the country as a mission. The anthem covers issues of women and children like anaemia and it also embodies the aspirations of young Indians. There are references to water and cleanliness that will inspire Indians to join in the movement for Swacch, Swasth and Shrestha Bharat. With an objective to sustain and intensify the POSHAN Jan Andolan, the Ministry of Women and Child Development has conceptualized this Poshan Anthem. This will help in increasing visibility of the Abhiyaan and also generate awareness among citizens on nutrition.  About POSHAN Abhiyaan The POSHAN (PM’s Overarching Scheme for Holistic Nourishment) Abhiyan was launched in March 2018 by PM Modi. The goal of Poshan Abhiyaan is to achieve improvement in nutritional status of Children (0-6 years) and Pregnant Women and Lactating Mothers (PW&LM) in a time bound manner in next 3-year period beginning 2017-18. In order to achieve the above targets, Poshan Abhiyaan is to ensure convergence of all nutrition related schemes of the Ministry of Women and Child Development on the target population.  This includes convergence of various schemes of following Ministries:

Development and Promotion of tourism in the North Eastern Region

Context: For development and promotion of tourism in the North Eastern Region Ministry under the Swadesh Drashan and PRASHAD Schemes has sanctioned 18 projects covering all the North Eastern States for Rs.1456 crore.

Ministry has also identified Kaziranga as one of the 17 sites for development in the country under the Development of Iconic Tourist site scheme. About Swadesh Drashan Scheme India’s rich cultural, historical, religious and natural heritage provides a huge potential for development of tourism and job creation in the country. There is a great scope and need to develop tourist circuits on specific themes to attract the tourists having special interest in visiting such places. In due recognition to this the Government of India, Ministry of Tourism (MoT) launched the Swadesh Darshan Scheme (Central Sector Scheme)– for integrated development of theme based tourist circuits in the country in 2014-15. This scheme is envisioned to synergise with other Government of India schemes like Swachh Bharat Abhiyan, Skill India, Make in India etc. with the idea of positioning the tourism sector as a major engine for job creation, driving force for economic growth, building synergy with various sectors to enable tourism to realise its potential.  The Ministry of Tourism has already sanctioned 77 projects at the cost of Rs. 6131.88 Crore to 30 States and UTs. Of these 30 projects / major components of projects are expected to be completed during the current financial year, of which 12 projects worth Rs.1024.49 crore, covering the states of Manipur, Meghalaya, Nagaland, Arunachal Pradesh, Andhra Pradesh, Madhya Pradesh, Chhattisgarh, Kerala and Sikkim have already been inaugurated. The assistance under this scheme shall not be admissible for the components such as below:

About PRASHAD Scheme The Pilgrimage Rejuvenation and Spiritual Augmentation Drive (PRASAD) is a government scheme which was introduced in 2015, that focuses on identifying and developing the pilgrim sites across the country to enrich the religious tourism experience. The Scheme was launched by Union Ministry of Tourism. It aims at integrated development of pilgrimage destinations in planned, prioritized and sustainable manner to provide complete religious tourism experience. Its key Objectives includes:

Under it, Ministry of Tourism provides Central Financial Assistance (CFA) to State Governments for promoting tourism at identified destinations. For components within public funding under this scheme, Central Government will provide 100% fund. For improved sustainability of project, it also seeks to involve Public Private Partnership (PPP) and Corporate Social Responsibility (CSR) as well.

Context: An approval has been granted by the Shipping Ministry for the development of Loktak Inland Water ways improvement project in Manipur under the central sector scheme.

With the help of this project Inland water transport connectivity would be developed in North East States and will give boost to the tourism sector also. The estimated cost of the project is over 25 crore rupees. About Loktak Lake Loktak Lake is located near Moirang in Indian State of Manipur. This lake is the largest freshwater lake in Northeast India and is famous for the phumdis floating over it (Phumdis are a series of floating islands, exclusive to the Loktak Lake in Manipur. They are heterogeneous masses of vegetation, soil and organic matter, in different stages of decay.) It has been designated as a wetland of international importance under the Ramsar Convention in 1990. It is also listed under the Montreux Record in 1993, “a record of Ramsar sites where changes in ecological character have occurred, are occurring or are likely to occur”. Loktak Day is observed every year on the 15th of October at the periphery of the Loktak lake.

Spike is a 4th generation missile which can engage any target with precision at ranges up to 4 kilo metres. In addition to fire and forget capability, the missile also has the ability to fire, observe and update, providing substantial flexibility to the firer to pinpoint the impact point, as also the ability to switch to a different target mid-flight, should he want to do so.  The missile has an inbuilt seeker, which gives the firer the flexibility to use any of two modes: Day (CCD) and Night (IIR). The dual seeker adds to the missile’s reliability.  It is available in man-portable, vehicle-launched, and helicopter-launched variants. India became the 33rd country to have the Spike missile as part of its inventory.

NCT of Delhi (Recognition of Property Rights of Residents in Unauthorised Colonies) Bill, 2019

Context: National Capital Territory of Delhi (Recognition of Property Rights of Residents in Unauthorised Colonies) Bill, 2019 was recently passed by the Lok Sabha.

Key Highlights of the Bill Recognition of Property Rights: The Bill provides for recognising the property rights of residents of certain unauthorised colonies in the National Capital Territory of Delhi. The Bill provides that the central government may regularise transactions of immovable properties held by residents of certain unauthorised colonies, through notification. Definition of Resident: The Bill defines a resident as a person with physical possession of property on the basis of a registered sale deed or certain other documents. The definition includes legal heirs of residents but does not include any tenant, licensee, or persons permitted to use the property. Definition of Unauthorised Colony: An unauthorised colony is defined as a colony or development comprising of an adjoining area, where no permission has been obtained for the approval of layout or building plans. Further, the Delhi Development Authority must have had notified the colony for regularisation. Provision of Charges: The residents will be required to pay certain charges to obtain such ownership. These charges may be notified by the central government. What is the significance of this move? The bill provides for a legal framework to grant ownership rights to nearly 40 lakh people living in unauthorised colonies in Delhi. The bill will allow registration of properties and provide certain relief to the residents of1731 unauthorised coloniesin the city from registration charges and stamp duty.

A Padma Shri awardee, he has won several literary accolades including the Sahitya Akademi Award (1973), Kerala Sahitya Akademi Award (1972 and 1988), Mathrubhumi Award, Vayalar Award, and Kabir Samman.  Some of his celebrated creations include “Veeravadam”, “Balidarsanam”, “Nimisha Kshethram”, “Amrita Khatika”, “Akkitham Kavithaka”, “Epic of Twentieth Century” and “Antimahakalam”. About Jnanpith Award It is given by Bharatiya Jnanpith, a literary and research organization based in Delhi. It is given annually to an author for their “outstanding contribution towards literature”. It is bestowed only on Indian writers writing in Indian languages included in the 8th Schedule to the Constitution of India and English. There are no posthumous conferral and also only works published during the preceding 20 years is considered for the award. The award consists of cash prize is Rs. 11 lakh and a Bronze replica of Saraswati, the Hindu goddess of knowledge and wisdom. 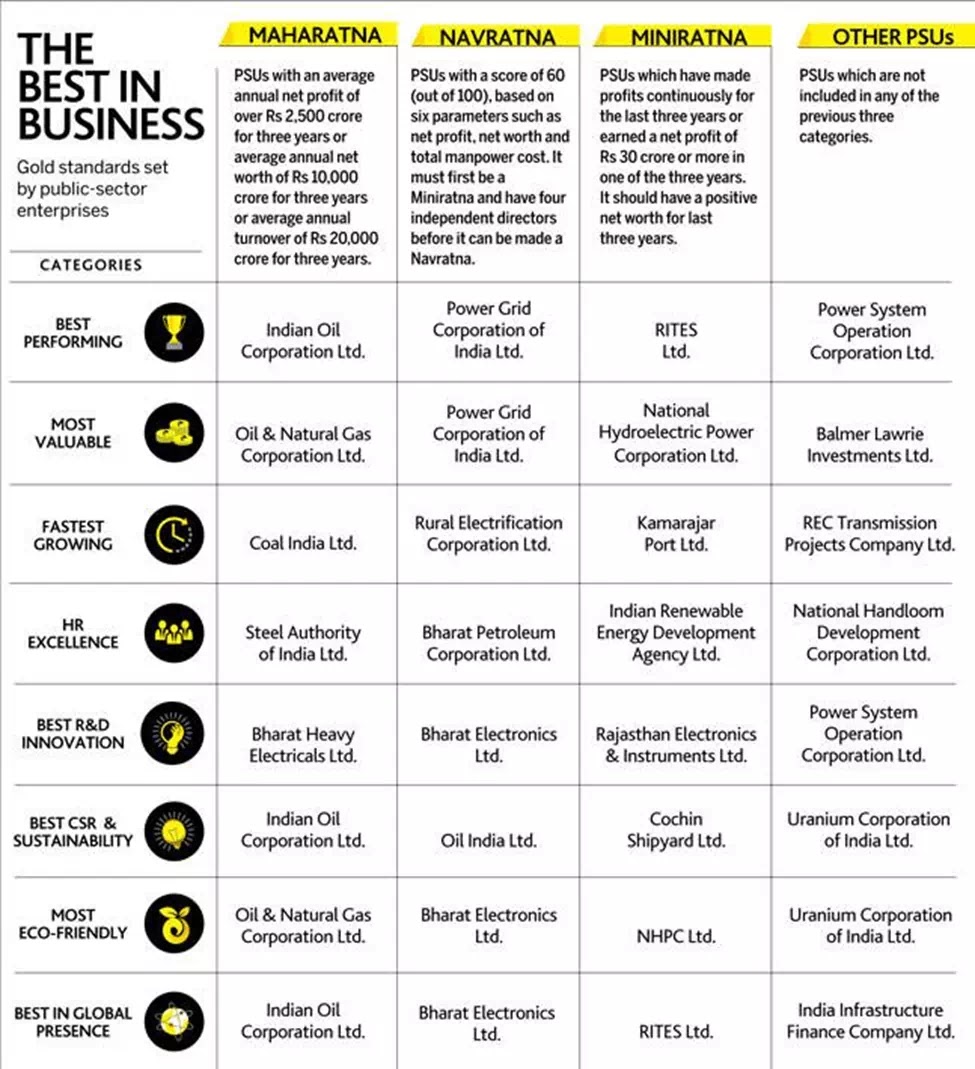 What is the criteria for grant of Maharatna status to CPSEs?

The newly discovered species belongs to a group of fossorial snakes that live mostly underground, and surface mainly during or after a heavy monsoon shower. Trachischium are commonly called slender snakes. Seven species are distributed across the Himalayas, and the Indo-Burma and Indo-China regions. Trachischium apteii was named so to honour the contribution of Deepak Apte, noted marine biologist and Director of the BNHS. Morphologically, the snake is distinguished by smooth and dorsal scales arranged in 15 rows throughout the body. The dorsal colour of the holotype is dark brown to black with faint dorsal longitudinal lines. Large-sized members of the genus measure about 293 mm to 299 mm.

Context: Joint military exercise ‘SURYA KIRAN – XIV’ between India and Nepal is planned to be conducted at Salijhandi, Rupendehi district of Nepal from 03 to 16 December 2019.

Exercise SURYA KIRAN – XIV is an annual event which is conducted alternatively in Nepal and India. The major aim of this exercise is to conduct a Battalion level combined training between Indian Army and Nepal Army to increase interoperability in jungle warfare and counter terrorist operations in mountainous terrain, humanitarian assistance and disaster relief etc. The 13th edition of India-Nepal joint military exercise was conducted atPithoragarh,Uttarakhand from30 May to 12 June 2018. Also join our telegram Channel : ExamGuideUpsc Also Read