Context: The Deep Depression over Maldives-Comorin areas has intensified into Cyclonic Storm Maha.

How are cyclones named?

Each of the Tropical Cyclone basin in the world has its own rotating list of names which is used in naming these cyclones. For cyclones in the Bay of Bengal and Arabian Sea, the naming system was agreed by 8 member countries of a group called WMO/ESCAP and took effect in 2004.

How the names of the cyclones are chosen?

As part of the nomenclature, the member countries submitted 8 names each. The first cyclone after the list was adopted was given the name in the first row of the first column — Onil, proposed by Bangladesh.

Subsequent cyclones are being named sequentially, column-wise, with each cyclone given the name immediately below that of the previous cyclone.

Once the bottom of the column is reached, the sequence moves to the top of the next column. So far, the first seven columns have been exhausted.

Why there is a need to name Cyclones?

Naming of cyclones makes it easier for the media to report on these cyclones, along with warning people about these cyclones and hence helps in increasing the community preparedness. Further, it is easier to remember than numbers and technical terms.

Why is it so that the eastern coast of India is more vulnerable to tropical cyclones?

In addition to the storms that originate in the southeast Bay of Bengal and the adjoining Andaman Sea, breakaway typhoons over the Northwest Pacific move across the South China Sea into the Bay of Bengal, intensifying into cyclones.

In contrast, Arabian Sea cyclones are mostly their own formations and they also generally move north-west, away from India’s west coast.

Besides, the Arabian Sea is colder than the Bay of Bengal, which inhibits the formation and intensification of the cyclonic system in the former. Warm sea surface temperature is an ideal platform for cyclones.

Cyclones are given many names in different regions of the world. They are:

Classification of Tropical Cyclones: The criteria followed by Meteorological Department of India (IMD) to classify the low pressure systems in the Bay of Bengal and in the Arabian Sea as adopted by World Meteorological Organisation (WMO) are as under:

Context: It has been reported that the popular messaging platform WhatsApp was used to spy on journalists and human rights activists in India earlier this year. The surveillance was carried out using a spyware tool called Pegasus. 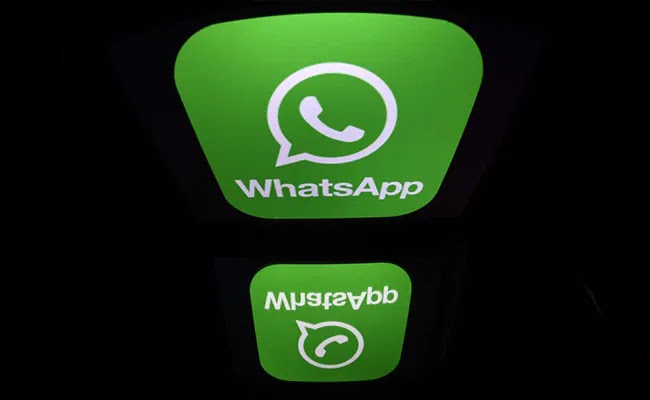 Pegasus is a spyware that can be installed on mobile devices. It is regarded as one of the “most sophisticated” smartphone spyware. How does it works?

Who developed this spyware?

Pegasus has been developed by the Israeli cyberarms firm, NSO Group which is a Tel Aviv-based cyber-security company that specialises in “surveillance technology” and claims to help governments and law enforcement agencies across the world fight crime and terrorism.

How did Pegasus exploit the Whatsapp?

What can Pegasus do after being installed? Pegasus can “send back the target’s private data, including passwords, contact lists, calendar events, text messages, and live voice calls from popular mobile messaging apps”.  Further, the target’s phone camera and microphone can be turned on to capture all activity in the phone’s vicinity, expanding the scope of the surveillance.

Other key features of Pegasus are:

Context: Following the death of his predecessor, Yukiya Amano of Japan, in July, now Argentina’s Rafael Grossi has been appointed as the Director General of the International Atomic Energy Agency (IAEA).

He is the first Latin American to hold this position.

It is widely known as the world’s “Atoms for Peace and Development” organization within the United Nations family. Talking about its mandate, then it is the world’s central intergovernmental forum for scientific and technical co-operation in the nuclear field. It works for the safe, secure and peaceful uses of nuclear science and technology. Although it was established as an autonomous organisation, independently of the United Nations through its own international treaty, the IAEA Statute, the IAEA reports to both the United Nations General Assembly and Security Council. IAEA has its headquarters in Vienna, Austria. Also, IAEA has 171 member states. Most UN members and the Holy See are Member States of the IAEA. It is to be noted that the IAEA and its former Director General, Mohamed ElBaradei, were jointly awarded the Nobel Peace Prize in 2005.

‘ON TAP’ AUTHORISATION OF PAYMENT SYSTEMS

Context: India’s central bank, the Reserve Bank of India (RBI) has issued guidelines on ‘on tap’ authorisation of payment systems.

What is an ‘on tap’ facility? An ‘on-tap’ facility would mean that the central Bank would be able to accept applications and grant license for payment systems throughout the year, at any time, subject to the fulfilment of the set of conditions.  What are the recent guidelines? According to the latest decisions, in order to benefit from diversification of risk as also to encourage innovation and competition, RBI has decided to offer on-tap authorization for the following payment systems –

The guidelines also put up for entities desirous to function, operate, or provide platforms for Bharat Bill Payment Operating Unit (BBPOU), they should have a 100 crore rupees net worth that should be maintained at all times. In case of Trade Receivables Discounting System (TReDS), the minimum paid up equity capital should be 25 crore. Also, the minimum net worth for entities desirous of entering the White Label ATMs (WLAs) segment should be 100 crore rupee. The guidelines also talks about the KYC requirements for retail payment systems that shall be as per the Master Directions on Know Your Customer (KYC) which are issued by the Department of Banking Regulation (DBR), RBI.

Context: India Innovation Index (III) 2019 has been recently released by NITI Aayog with Institute for Competitiveness as the knowledge partner. The study basically examines the innovation ecosystem of Indian states and union territories.

The aim of the study is to create a holistic tool that can be utilised by the policymakers across the country to identify the challenges that are to be addressed and the strengths to build on when designing the economic growth policies for their regions. During the study, the states have been bifurcated into 3 main categories:

The Indian Innovation Index is calculated as theaverage of the scoresof its two dimensions –Enablers andPerformance. The Enablers are the factors that underpin innovative capacities, grouped in 5 basic pillars i.e., (1) Human Capital, (2) Investment, (3) Knowledge Workers, (4) Business Environment, and (5) Safety and Legal Environment. The Performance dimension captures benefits that a nation derives from the inputs, divided in two pillars: (1) Knowledge Output and (2) Knowledge Diffusion. Key Highlights of the Index Delhi, Karnataka, Maharashtra, Tamil Nadu, Telangana, and Uttar Pradesh emerge out to be the most efficient states in translating inputs into output.  There seems to be a west-south and north-east divide across the country with top 10 major states being majorly concentrated in southern and western India. Karnataka emerge out to be the most innovative major state in India and its number one position in the overall ranking is partly attributed to its top rank in the Performance dimension. In the category of major states, Maharashtra performs the best in the dimension of Enablers. Sikkim and Delhi take the top spots among the north- eastern & hill states, and union territories/city states/small states respectively.

Context: National Milk Sample Safety Quality Survey has been recently released by the The Food Safety and Standard Authority of India (FSSAI). Key Findings of the Survey The highest number of cases of adulteration is shown by the milk samples from Telangana, followed by Madhya Pradesh and Kerala.

In terms of safety parameters, 4% of the total processed milk samples (of 2,607) failed to comply with the FSSAI norm as contaminants like aflatoxin-M1 were found.  In case of raw milk, non-compliance was at an even higher rate of 47% of the total samples of 3,825.  In terms of quality, 7% of the total sample of processed milk did not comply with quality parameters because the presence of contaminants such as fats, Maltodextrin and sugar were above permissible limits.  What did you need to know about Aflatoxin-M1?  Aflatoxin M1 is basically a chemical compound of the aflatoxin class, a group of mycotoxins produced by three species of Aspergillus – Aspergillus flavus, Aspergillus parasiticus, and the rare Aspergillus nomius – which usually contaminate plant and plant products.  Further, Aflatoxin-M1 comes in the milk through feed and fodder that are currently not regulated in the country. There is no proper lab to test this residue in the country.  These alfatoxins can prove to be life threatening, usually through damage to liver when consumed in large doses. Generally, the problem of Aflatoxin-M1 is more dominant in processed milk than raw milk.  Tamil Nadu, Delhi and Kerala were top three States where Aflatoxin residue was found the most.

It can clock a blistering 855 millimetres — nearly a metre — per second. Measured another way, it covers 108 times its own body length per second, a feat topped only by two other creatures, the Australian tiger beetle and the California coastal mite.  It does this by swinging its tiny 5-mm long appendages at speeds of up to 1,300 mm per second.  They have longer legs than other ants. This keeps their bodies away from the hot sand, and when traveling at full speed, they use only four of their six legs. They produce heat shock proteins (HSPs), but unlike other animals, they do this not in direct response to heat. Instead, they do this before leaving the nest, so they do not suffer the initial damage when their body temperature rises quickly.

Context: India has emerged as third largest ecosystems with 21 unicorns, for more successful start ups right behind China and US but ahead of Britain and Israel.

Who is a Unicorn? In the venture capital industry, a unicorn refers to any tech startup company that reaches a $1 billion dollar market value as determined by private or public investment. The term was originally coined by Aileen Lee, founder of Cowboy Ventures. Key Highlights of the list A total of 494 unicorns in the world were found by Hurun Research, based in 25 countries and 118 cities. Set up 7 years ago on an average, they are worth $3.4 billion on average and $1.7 trillion in total. With a total of 21 unicorns, India has emerged as third largest ecosystems for more successful start ups right behind China and US but ahead of Britain and Israel. In India, the leading payments solutions platform are:

In the latest QS World University ranking 2020, IIT Delhi was ranked at 182.

What is an Endowment Fund?

An endowment fund is basically an investment fund which is established by a foundation that makes consistent withdrawals from invested capital.

The capital in endowment funds, often used by universities, non-profit organizations, churches and hospitals, is generally utilized for specific needs or to further a company’s operating process.

Endowment funds are typically funded entirely by donations that are deductible for the donors.

There are various types of Endowment Funds which includes:

Term Endowment Funds: Term endowment funds have a built-in stipulation that either part or all of the principal may be used only after a pre-established period of time has passed or until a specified event has occurred; the term depends on the wishes of the donor.

Quasi-endowment: These funds are earmarked by the governing board of an organization instead of being restricted by donors or some other outside agency. These endowment funds are to be invested to generate income for a lengthy, unspecified time period.