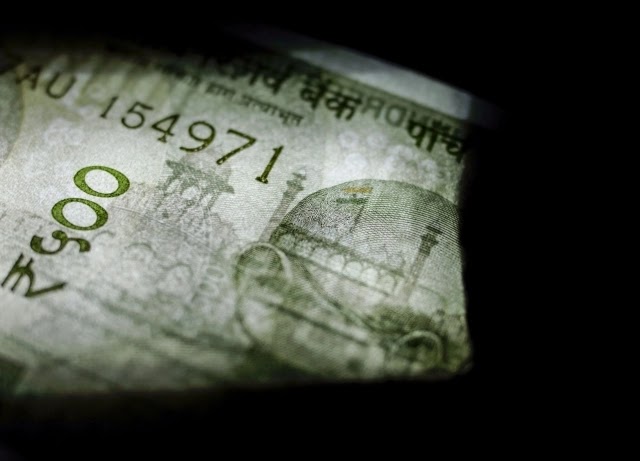 The following compilation has been made keeping in mind the need of the UPSC IAS exam. Each and every topic which has been included in this compilation is taken from very authentic and relevant source including The Hindu, The Indian Express, Business Standard, Press Information Bureau, etc. As per the evolving pattern of the UPSC IAS prelims and mains exam each and every topic has been handpicked keeping in mind the syllabus of the exam.

Context: The Union Minister of Jal Shakti conferred the Swachh Survekshan Grameen 2019 awards to top ranked states, union territories, and districts in the various categories on the occasion of World Toilet Day.  Tamil Nadu has been ranked first among the states.

Key Highlights The Department of Drinking Water and Sanitation (DDWS) had commissioned “Swachh Survekshan Grameen-2019” (SSG 2019) through an independent survey agency to develop ranking of all districts of India on the basis of sanitation parameters. This ranking was done based on parameters including surveys of public places like schools, Anganwadis, PHCs, Haat/ Bazaars, Panchayat and citizen’s perception of Swachhata and their recommendations for improvement of the program and data from the SBM-G IMIS. The top ranked States and Districts which received awards are:

Context: ‘Road Accidents in India, 2018’, an annual publication on accidents, related deaths and injuries, calendar year-wise has recently been released by the Ministry of Road Transport and Highways.

Key Findings of the Report

Novel catalyst to break down CO2

Context: A novel catalyst that breaks down carbon dioxide into useful chemicals faster, cheaper, and more efficiently than the standard method has been found by the scientists from theUniversity of Connecticutin theUS.

What has changed in the science behind the discovery? The extra amount of carbon dioxide in the atmosphere is changing the climate of the planet, and many chemists are working on efficient ways to turn it into other useful products. However, the stability of Carbon Dioxide makes this tough. It is hard to get the molecule to react with anything else. Therefore, the best existing technique to electrochemically break carbon dioxide into pieces that will chemically react uses a catalyst made of platinum, which is a rare, expensive metal. A team of researchers at Stanford Universityhave created anelectrochemical cellfilled with a porous, foamy catalyst made ofnickel and iron, both of which arecheapandabundant. Now, when carbon dioxide gas enters the electrochemical cell, and a voltage is applied, the catalyst helps the carbon dioxide (a carbon atom with two oxygens) break off oxygen to form carbon monoxide (a carbon atom with one oxygen). The carbon monoxide is very reactive and a useful precursor for making many kinds of chemicals, including plastics and fuels such as gasoline.  What is the significance of this new discovery? The new nickel-iron catalyst is more efficient than the expensive platinum process it could replace. The discovery could make it possible to economically turn carbon dioxide into fuels.

It is being jointly organized by the Ministry of Health & Family Welfare (MoHFW) and the World Health Organization (WHO), in collaboration with the Indian Council of Medical Research (ICMR); Biotechnology Industry Research Assistance Council (BIRAC); and Translational Health Science and Technology Institute (THSTI). The Conference is a follow on from the “2017 and 2018 World Conference on Access to Medical Products” organized in November 2017 and October 2018 by the Ministry of Health and Family Welfare, Government of India. Launched in 2017, the conference will take forward the previous two years’ recommendations being pursued at the international and national levels by key ministries in the Government of India. Achieving the sustainable development goals (SDGs 2030) agenda requires an enabling trade and legal regime for public health, with access to medical products, sustained dialogue and engagement with key stakeholders.  The major objectives of the conference are to explore new approaches in the innovation landscape in medical products for achieving Universal Health Coverage and the SDG 2030 goals and to discuss the role of intellectual property to promote access to medical products.

India’s per capita consumption of electricity

Context: A report on the India’s per capita consumption of electricity has been released by the Ministry of Power during the winter session of Parliament.

What does the report says about it?

About Sessions of Parliament The period during which the House meets to conduct its business is called a session. The Constitution empowers the President to summon each House at such intervals that there should not be more than a six-month gap between the two sessions. Hence the Parliament must meet at least twice a year. In India, the Parliament conducts three sessions each year:

The ITM 2019 was organized by the Ministry of Tourism, Government of India, in association with the North Eastern States from 23 November to 25 November, 2019 with the objective of highlighting the tourism potential of the region in the domestic and international markets. It brings together the tourism business fraternity and entrepreneurs from the 8 North Eastern States. The event has been planned to facilitate interaction between buyers, sellers, media, Government agencies and other stakeholders. The ITMs are organised in the North Eastern States on rotation basis.  Manipur is hosting this mart for the second time.  The earlier editions of this mart have been held in Guwahati, Tawang, Shillong, Gangtok and Agartala.

Context: In order to boost internationalisation of the rupee, the RBI has relaxed norms for the opening of special non-resident rupee (SNRR) accounts and permitted direct remittance from India into these accounts.

What are SNRR? SNRR accounts or the Special Non-Resident Rupee accounts are designed for non-residents in order to enable them to undertake rupee transactions that are legally permitted. Earlier, these accounts were subject to several restrictions which have now been eased. A task force on offshore rupee markets which is headed by former deputy governor Usha Thorat had recommended measures to incentivise non-residents to access the onshore foreign exchange market.  What has happened now? Now, the RBI has expanded the scope of SNRR Account by permitting person resident outside India to open such account for:

Further, it has also been decided to rationalise certain other provisions for operation of the SNRR Account, as under:

Context: Bharti Airtel and Vodafone Idea have filed a petition in the Supreme Court to review its October 24 judgment on the issue of Adjusted Gross Revenue (AGR).

The petitions challenge the inclusion of notional incomes (incomes that may not be received but still be taxed) in the AGR. Background In October 2019, the Supreme Court upheld the definition of Adjusted Gross Revenue (AGR) calculation as stipulated by the Department of Telecommunications. This means that telecom companies will have to pay up as much as Rs 92,642 crore to the government. What is Adjusted Gross Revenue (AGR)? Adjusted Gross Revenue (AGR) is the usage and licensing fee that the telecom operators are charged by the Department of Telecommunications (DoT). It is divided into spectrum usage charges and licensing fees, pegged between 3 to 5 % and 8 % respectively. How the calculation is done and what is the contention? As per Department of Telecommunications (DoT), the charges are calculated based on all revenues earned by a telco – including non-telecom related sources such as deposit interests and asset sales. Telcos, on their part, insist that AGR should comprise only the revenues generated from telecom services. What is the issue now? In 2005, the Cellular Operators Association of India (COAI) challenged the government’s definition for AGR calculation. Later in 2015, the TDSAT said that the AGR included all receipts except capital receipts and revenue from non-core sources such as rent, profit on the sale of fixed assets, dividend, interest and miscellaneous income, etc. The regulator has also included forex adjustment under AGR apart from ruling that licenses fee will not be charged twice on the same income. It, however, exempted bad debt, foreign exchange fluctuations, and sale of scrap to be calculated for AGR. The government has also raised the issue of under-reporting of revenues to duck charges. The Comptroller and Auditor General of India (CAG) called out telcos for understating revenues to the tune of Rs 61,064.5 crore. Later, the Telecom Disputes Settlement Appellate Tribunal (TDSAT) upheld the DoT’s definition of AGR (factors against which the license fee is payable) with certain exemptions. The DoT, however, filed an appeal before the Supreme Court, citing that the TDSAT had no jurisdiction on the validity of terms and conditions of licenses. What will be the impact of this ruling? Clearly this judgment has significantly damaging implications for telecom industry of India, which is already reeling under huge financial stress and is left with only 4 operators. Significant investment of several billion dollars has been made in creating world class networks. This order has huge impact on two private operators while most of the other impacted operators have exited the sector.

Context: Bangladesh is on its way to become the first country to approve golden rice as it will soon take decision on the release of Golden Rice.

What is it? Golden rice is a variety of rice (Oryza sativa) that is produced through genetic engineering to biosynthesize beta-carotene, a precursor of vitamin A, in the edible parts of rice. It is intended to produce a fortified food to be grown and consumed in areas with a shortage of dietary vitamin A, a deficiency which each year is estimated to kill 670,000 children under the age of 5 and cause an additional 500,000 cases of irreversible childhood blindness. Why this rice has been developed? Golden rice was developed almost two decades ago by biologists from Switzerland and Germany as a way to prevent vitamin A deficiency in the developing world. Lack of vitamin A is a leading cause of childhood blindness and can also make children more susceptible to death from other illness like measles. How was it developed? Vitamin A is made from beta-carotene, which is found in carrots, spinach, sweet potatoes, and other vegetables. To create golden rice, scientists modified rice plants with beta-carotene genes from maize. By doing this, rice plants started to produce the rich orange-coloured pigment. Then, the transgenic plants were donated to publicly funded research centres to develop their own versions of golden rice using local rice varieties. What are the Opposition face by the rice? Since the inception of golden rice in the late 1990s, debates have raged over the transgenic crop, considered a genetically modified organism (GM), and it has struggled to gain approval. Moreover, stringent international regulations such as theCartagena Protocol have  hinder the progress of approval of many GM crops. What is the scenario in Bangladesh? In Bangladesh, the golden rice in question was developed at the International Rice Research Institute (IRRI) in Los Baños, Philippines. This particular version is based on the dhan 29 rice variety that is widely grown in Bangladesh. If everything goes to plan, farmers might be planting golden rice seed by 2021.