The Portal aims to bring better coordination for coal supplies among all stakeholders viz – Ministry of Power, Ministry of Coal, Coal India, Railways and power utilities.

PRAKASH Portal has been developed by NTPC and sources data from different stakeholders such as Central Electricity Authority (CEA), Centre for Railway Information System (CRIS) and coal companies. All reports on this portal are available in PDF/Excel format. The Portal is designed to help in mapping and monitoring entire coal supply chain for power plants, viz –

What is the present scenario?

It was observed that this mechanism faced several issues such as scattered information, correctness of data from different organizations, timely availability of data etc. This often led to difficulties in decision making.

Currently, the Portal will make available four reports as detailed below –

What are the benefits associated with the Portal?

The portal makes available following information on a single platform –

Context: Re-designation of National Health Systems Resource Centre (NHSRC), as the WHO Collaborating Centre for Priority Medical Devices and Health Technology Policy has been formally announced by Ministry of Health and Family Welfare in collaboration with World Health Organization (WHO). About NHSRC National Health Systems Resource Centre (NHSRC) has been set up in 2006 under the National Rural Health Mission (NRHM) of Government of India to serve as an apex body for technical assistance. It has a 23 member Governing Body, chaired by the Secretary, MoHFW, Government of India. What is the mandate of NHSRC? The mandate of the Division of Healthcare Technology at NHSRC includes:

What has been the contributions from NHSRC? In previous years, NHSRC has supported WHO as a collaborating centre in formulating technical specifications for medical devices such as oxygen concentrators and resuscitation devices and continues to support evaluation of innovations for WHO’s compendium on innovative devices. This year in collaboration with WHO’s country’s office, NHSRC has developed a guidance document for the Ministry’s free diagnostics initiative to further strengthen the agenda of Universal access to affordable diagnostics. NHSRC also works with WHO on development of technical specification of Blood pressure measuring devices, In vitro diagnostics and devices for cancer and cardiovascular diseases. Its future collaboration includes work on International Classification and Nomenclature for Medical Devices, which would improve access to affordable health technologies.

This 14 days Joint Exercise held alternatively in India and Maldives focuses on enhancing inter-operability between the two forces for carrying out counter insurgency and counter-terrorism operations in a semi-urban environment under the United Nations mandate. The key focus of the exercise will be on sharing of best practices and acquainting each other with the operating procedures being followed while undertaking counter insurgency and counter-terrorism operations. The last exercise was held in 2018 at Northern Area Headquarters, Lh. Maafilaafushi of Maldives. India-Maldives Military Relations

Context: The 14th edition of Indo – Mongolian joint military training, Exercise Nomadic Elephant-XIV,  will commence from 05 Oct 2019. This will be a 14 days exercise which will be conducted from 05 Oct 19 to 18 Oct 19 at Bakloh.

Indian Army is being represented at the exercise by a contingent of a battalion of RAJPUTANA RIFLES. Nomadic Elephant-XIV is aimed at training troops in counter insurgency &counter terrorism operations under United Nations mandate. The Joint Exercise will enhance defence co-operation and military relations between the two nations. The last edition of the exercise was held at Mongolian Armed Forces (MAF) Five Hills Training Area, Ullanbaatar, Mongolia.

Context: The 4th edition of annual military exercise KAZIND 2019 between India and Kazakhstan army commenced at Pithoragarh, Uttarakhand. The aim of exercise is joint training of troops in Counter Insurgency/ Counter Terrorism operations in both Jungle and Mountainous terrain. 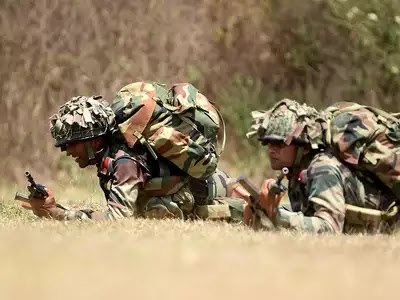 During the exercise, armies of both countries would be sharing their experience gained during the conduct of various counter-insurgency and counter-terrorism operations. The aspects of emerging trends of hybrid warfare have also been included under exercise. What is Hybrid Warfare? It refers to the use of unconventional methods as part of a multi-domain war-fighting approach that aims to disrupt and disable an opponent’s actions without engaging in open hostilities. A fine example of such form of warfare is the Russia’s approach to Ukraine. It has involved a combination of activities, including disinformation, economic manipulation, use of proxies and insurgencies, diplomatic pressure and military actions.

Context: Audio Guide facility Audio Odigos for 12 sites of India(including Iconic Sites) has been launched by the Secretary, Ministry of Tourism.

What is it? Audio Guide: Audio Odigos, is a mobile application that has been launched for the benefit of the tourists.  It offers Government of India verified content, with visuals & voice over support. With the help of this application, tourists will now enjoy a more enriching experience.

The Audio Odigos app contains an inbuilt map of the site for a smooth navigation during the tour. The Listeners will be offered various versions of history like Synopsis, Detailed History and Podcasts. The audio can be chosen in their preferred language & version of the history. The App is available for download on all Android and iOS supported mobile phones. The Audio Guide: Audio Odigos can be used in 12 sites that includes:

The latest New Delhi-Katra ‘Vande Bharat’ Express has been recently flagged off by Home Minister. The present Vande Bharat to Mata Vaishnodevi Katra shall be running at a maximum speed of 130 km and shall cover the distance between the two stations in 8 hours which is a reduction of 4 hours from the current fastest train.

This is the second ‘Vande Bharat’ express after New Delhi-Varanasi semi-high speed train flagged off by PM Modi in February this year. The coaches of this train are indigenously manufactured at the Chennai Rail Coach factory. The train has been tested at 180 kmph and can run upto maximum speed of 160 kmph on passenger service. All the coaches of the train are equipped with the automatic doors; GPS based audio-visual passenger information system, onboard hotspots, wi-fi for entertainment and a comfortable seating arrangement.

Law schools across India launched a collaborative legal aid clinic known as ‘Parichay’ with headquarters in Guwahati for those people who are excluded from the updated NRC in Assam. The clinic is envisaged to function as a ‘clearing house of litigation and research assistance for lawyers filing appeals against exclusion from the NRC. Parichay will assist lawyers in drafting appeals, conduct research on pertinent questions of the law, assist in training lawyers and paralegals, and generate documentation on the functioning of Foreign’s Tribunals. The institutes that are included are: National Law University and Judicial Academy (NLUJA) from Assam; West Bengal National University of Judicial Sciences from Kolkata; National Academy of Legal Studies and Research (NALSAR) from Hyderabad; National Law University, New Delhi; and National Law University of Odisha.

This is a new governance initiative that has been launched by Odisha CM Naveen Patnaik on the occasion of Gandhi Jayanti. The main objective of the ‘Mo Sarkar’ programme is to provide service with dignity to people who are coming to government offices for different purposes. As part of the initiative, the phone numbers of people who are coming to the govt. offices will be collected randomly with the purpose to improve the governance system by collecting feedback on behaviour and professionalism of govt. offices. The employees will be ranked as good or bad on basis of the feedback and will be dealt accordingly.

Also known as Elephantid betaherpesvirus 1(ElHV-I), is a type of herpevirus that can cause a highly fatal hemorrhagic disease in young Asian Elephants. When the virus is triggered, elephant dies of massive internal bleeding and symptoms which are rarely visible. The disease is usually fatal, with a short course of 28-35 hours. As for now there is no cure for herpevirus in animals or in humans, because herpes virus go latent. The virus is lethal for young elephants between the ages of one to 12 years. The virus came into light when a study revealed that since the middle of August, the virus has killed 5 elephants in Odisha. It is of great concern because when a young elephant dies before reproducing, it affects the species as a whole in the concerned geography.