Context: A series of new initiatives has been unveiled by the Ministry of Electronics & Information (MeitY) during the first MeitY Start-up Summit held at New Delhi.

Key highlights of the initiative The series of initiatives include the MeitY Startup Hub (MSH), the 2nd phase of the BHIM scheme, the Indian Software Product Registry and select Incubation Centres under the TIDE 2.0.

Context: World Health Organisation (WHO) made an announcement on World Polio Day (October 24), that says that wild poliovirus type 3 (WPV3) has been eradicated worldwide.

This eradication is third in the series of eradication which follows the eradication of smallpox and wild poliovirus type 2. With this announcement, 2 out of 3 wild poliovirus strains have been eradicated. Efforts are being taken to eliminate the last i.e., wild poliovirus type 1. This virus remains in circulation in just two countries, Afghanistan and Pakistan. About Polio Polio (poliomyelitis) is caused by a virus and is considered as a highly infectious disease. The virus is transmitted by person-to-person spread mainly through the faecal-oral route.  The polio virus invades the nervous system, and can cause total paralysis in a matter of hours. Around 1 in 200 infections leads to irreversible paralysis. Also among those who are paralysed, 5% to 10% die when their breathing muscles become immobilized. It is to be noted that the Polio mainly affects children under 5 years of age. As for now, there is no cure for polio, it can only be prevented. Polio vaccine, given multiple times, can protect a child for life. It is further to be noted that there are 3 individual and immunologically distinct wild poliovirus strains:

All these three strains are identical in their symptoms, in that they cause irreversible paralysis or even death. But there are genetic and virological differences, which make these three strains three separate viruses that must each be eradicated individually.

Key Highlights of the Agreement

Gurdwara Darbar Sahib is located at Kartarpur in Pakistan’s Narowal district. It stands on the bank of the River Ravi, about 120 km northeast of Lahore. This place holds a significant position because it was here that the First Sikh Guru (Nanak Dev) assembled a Sikh community and lived for 18 years until his death in 1539. It is the final resting place of Guru Nanak. Efforts by the Government: In November 2018 the Union Cabinet passed a resolution to celebrate the historic occasion of 550th Birth Anniversary of Sri Guru Nanak Devji and with the decision it also approved the development of the Kartarpur Sahib Corridor from Dera Baba Nanak to the International Boundary, to facilitate pilgrims from India to visit Gurdwara Darbar Sahib Kartarpur.

Context: Data on Police Organizations (DoPO 2018) is Bureau of Police Research and Development’s (BPRD) flagship publication which is being recently released by the Minister of State (Home). 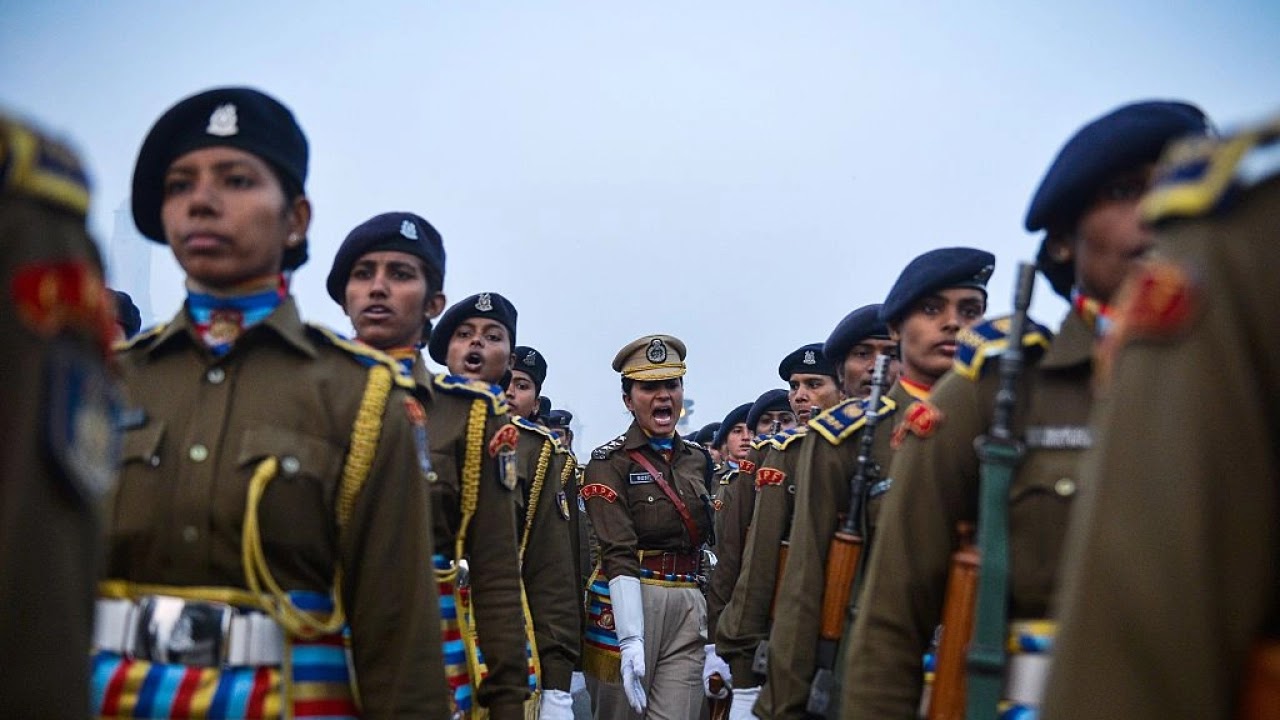 The publication is an important compilation of information on police infrastructure, manpower and other resources from all States, Union Territories, CAPFs and CPOs.  This has proved to be very useful for various policy analyses and resource allocation decisions at both the MHA as well as the State level. The publication is also widely cited in several researches on police topics. Key Highlights of the Publication

Guidelines for Evaluation of Nanopharmaceuticals in India

Context: “Guidelines for Evaluation of Nanopharmaceuticals in India” has been recently released by the Union Minister of Health. These guidelines are developed by Department of Biotechnology (DBT), Ministry of Science and Technology, Indian Council of Medical Research (ICMR) and Central Drugs Standard Control Organization (CDSCO), Ministry of Health.

Context: CHINA and RUSSIA is opposing the push of AUSTRALIA and FRANCE to create a massive ocean sanctuary in east Antarctica. 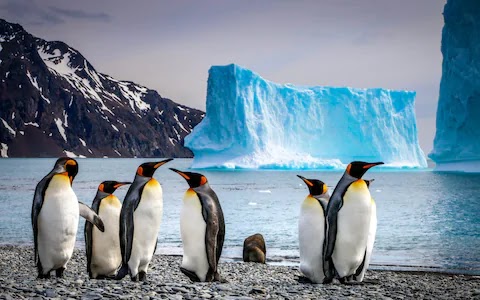 Background It was in 2010, when Australia, France and the European Union proposed the creation of East Antarctic marine park in a bid to protect one million sq.km. of ocean by creating a massive ocean sanctuary in east Antarctica. But, to their surprise, China and Russia have repeatedly blocked the proposal at meetings of CCAMLR. It is to be noted that all the 26 members of the organisation must consent to the marine park’s creation. CCAMLR has previously established other major ocean Antarctic sanctuaries — including the world’s largest spanning 1.55 million sq.km. in the Ross Sea — but governments and environmental groups say more action is needed to protect the last pristine continent. About CCAMLR CCALMR, short for Commission for the Conservation of Antarctic Marine Living Resources is an international commission with 26 Members (India being one of them), and a further 10 countries have acceded to the Convention. It was established by international convention in 1982 in response to increasing commercial interest in Antarctic krill resources, a keystone component of the Antarctic ecosystem and a history of over-exploitation of several other marine resources. The major objective with which this commission came up was the conservation of Antarctic marine life.  The commission has its secretariat at Hobart, Australia.

What is Peritoneal dialysis? Peritoneal dialysis is a treatment for kidney failure that uses the lining of the patient’s abdomen, or belly, to filter his blood inside his body. This lining is called the peritoneum by health care providers. This form of dialysis is a process that remove excess fluid, correct electrolyte problems and remove toxins using the lining of the abdomen, or peritoneum, in patients suffering from renal failure. As an advantage, this process does away with the substantial costs of infrastructure, maintenance and staffing, reduces the demand on the healthcare system and offers patient autonomy. What are the recent guidelines issued? According to the new guidelines, all States are supposed to include proposals for establishing peritoneal dialysis under their respective programme implementation plans. Training to community health workers are also to be provided under the guidelines in order to provide support to persons for peritoneal dialysis at home or in primary healthcare settings. Adding significant value to the healthcare system, this move will instantly benefit the 2 lakh Indians who develop end-stage kidney failure every year in India. About Pradhan Mantri National Dialysis Program (PMNDP) The Pradhan Mantri National Dialysis Programme was rolled out in 2016 as part of the National Health Mission(NHM) for provision of free dialysis services to the poor. The Guidelines for Pradhan Mantri National Dialysis Programme envisage provision of dialysis services under NHM in PPP (Public Private Partnership) mode. There are basically two main types of dialysis, which are hemodialysis and peritoneal dialysis. Hemodialysis (HD, commonly known as blood dialysis): It involves the filtration of blood through a machine that acts like an artificial kidney and is returned back into the body. It needs to be performed in a designated dialysis centre and is usually needed about 3 times per week, with each episode taking about 3-4 hours. Peritoneal dialysis (PD, commonly known as water dialysis): It involves the cleaning of the blood without being removed from the body. The abdomen sac (lining) acts as a natural filter. A solution (mainly made up of salts and sugars) is injected into the abdomen that encourages filtration such that the waste is transferred from the blood to the solution. The first phase of the programme envisaged setting up of haemodialysis centres in all districts. Currently, under NHM 100 % of the service procedure fees for patients from below poverty line (BPL) economic group is covered.

Context: Revival plan of BSNL and MTNL and in-principle merger of the two has been approved by the Union Cabinet. This approved revival package for BSNL and MTNL includes raising sovereign bonds, monetising assets and voluntary retirement scheme (VRS) for employees.

With these steps, BSNL and MTNL are expected to turn EBITDA (Earnings before interest, tax, depreciation and amortization) positive in the next 2 years. According to the latest data from TRAI, private operators held 89.78% market share of the wireless subscribers whereas BSNL and MTNL, the two PSU access service providers, had a market share of only 10.22% as on August 31. Key Highlights of the Approval  An approval for the administrative allotment of spectrum for 4G services to BSNL and MTNL is given which is to be funded by the Government of India by capital infusion in these PSUs at a value of over Rs 20,000 Crore. Also, BSNL and MTNL will raise long-term bonds worth Rs 15,000 Cr for which Government of India (GoI) will provide the sovereign guarantee. This will help BSNL and MTNL to restructure their existing debt. Voluntary Retirement will also be offered by BSNL and MTNL to their employees, who are aged 50 years and above through attractive Voluntary Retirement Scheme (VRS),  whose cost will be borne by the Government of India through budgetary support. Monetisation of assets will be done by BSNL and MTNL so as to raise resources for retiring debt, servicing of bonds, network upgradation, expansion and meeting the operational fund requirements. The approval for the in-principle merger of BSNL and MTNL is also given. But, an immediate merger will not be feasible because the MTNL is a listed entity. Therefore, till the time the process is completed, MTNL will work as a subsidiary of BSNL.

Context: According to a research, the White Bellbird makes the loudest call ever recorded in birds, reaching 125 dB. The record was previously held by the screaming phias. About the Bird  Having scientific name as Procnias albus, this is a species of bird in the family Cotingidae. Only the male is white; the female is overall olive with yellowish streaks below and resembles other bellbirds.

It is found in forests in the Guianas, with small numbers in Venezuela and the Brazilian state of Pará. It has an IUCN status of Least Concern. According to the record, the mating call of the white bellbird is now officially the loudest birdsong on record. The sound, averaging out at a peak of 125.4 decibels, which is way beyond the level (85 db) considered safe for human ears, it is about 3 times louder than screaming phias — the previously loudest bird singer.