Context: RBI has revised the guidelines on concurrent audit system following the recommendation by the expert committee which is headed by Y.H. Malegam.

Context: The 37th meeting of GST Council was recently held in Goa in the backdrop of the economic growth hitting a six-year low of 5% for the first quarter of the current fiscal.

Key Highlights of the Meeting

Context: Two genes related to bipolar disorder has been identified by a study by researchers from the Jawaharlal Nehru Centre for Advanced Scientific Research (JNCASR) and the National Institute of Mental Health and Neurosciences (NIMHANS), in Bengaluru.

Origin and Evolution of Blackbuck 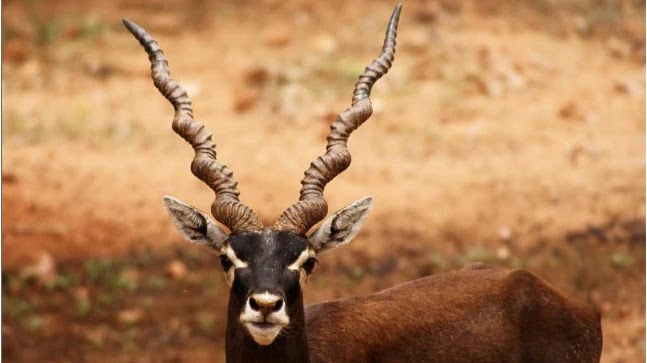 Highlights of the Study The study found that the blackbuck’s (Antilope cervicapra) ancestors came into India from the Saharo-Arabian region about 2 million years ago and then evolved to its current form. The Study further found that the lack of blackbuck fossils outside India is considered as an evidence that they diverged from their ancestors only after reaching India, long after the intensification of aridification in the Indian subcontinent.  According to the findings of the study, the researchers are also planning to reassign Antelope to be a species under Gazella. Another important finding of the study was that the chinkara (Gazella bennetti), which is another ‘true antelope’ of India, evolved much more recently about 7,00,000 years ago, most probably after the establishment of the Thar desert.  The Chinkaras are also found in the hilly terrains of Iran, and are known as Iranian Gazelle.  ABOUT BLACKBUCK  Also known as the Indian antelope, is an antelope found in India, Nepal, and Pakistan. These antelope are native to and found mainly in India, while it is extinct in Bangladesh. In India, hunting of blackbuck is prohibited under Schedule I of the Wildlife Protection Act of 1972. The blackbuck is also listed under Appendix III of CITES. It inhabits several protected areas of India as follows:

Context: Securities and Exchange Board of India(SEBI) has tightened the norms for liquid funds as part of its efforts to strengthen the risk management framework for liquid funds.

What are Liquid Funds?

These are simply debt mutual funds that invest the investor’s money in very short-term market instruments like treasury bills, government securities and call money that holds the least amount of risk. These funds can invest in instruments up to a maturity of 91 days.  These funds are getting popular with retail investors due to the fact that they offer a higher than savings bank account returns and easy liquidity. In other words, once you submit a redemption request you get money back in one working day. What are the recent regulations by SEBI? SEBI has now made it mandatory for liquid funds to hold at least 20% of its net assets in liquid assets while maintaining an exit load on investors that exit within 7 days of making an investment. If the exposure in such liquid assets falls below 20% of net assets of Scheme, then the fund house will first have to meet the 20% norm before any further investments. SEBI has also prohibited liquid funds and overnight funds from parking money, pending deployment, in short-term deposits of scheduled commercial banks and also debt securities having structured obligations. (Debt securities with government guarantee being the exception to this restriction).

Context: AISHE 208-19 has recently been released by the Union HRD Minister.

Under the All India Survey on Higher Education (AISHE), Ministry of HRD collects online data and information regarding Universities, Colleges and other Higher Educational Institutions. This annual publication started in the year 2010-11. Key Findings of the Survey The study finds that about 60.53% of the Colleges are located in rural areas. Further, 11.04% of Colleges are exclusively for Female.  It founds that 77.8% Colleges are managed privately out of which approximately 64.3% are Private-Unaided and 13.5% are Private-aided institutions. Top 8 states in terms of highest number of colleges in India are Uttar Pradesh, Maharashtra, Karnataka, Rajasthan, Haryana, Tamil Nadu, Gujarat and Madhya Pradesh. Banglore tops in terms of number of colleges with massive 880 colleges. The study estimates the total enrollment in higher education to be 37.4 million with female member constituting the 48.6% of the total enrollment. UTTAR PRADESH, tops in terms of number of student enrollment. It is followed by Maharashtra and Tamil Nadu. The Gross Enrollment Ratio (GER) in Higher Education has been increased from 25.8 in 2017-18 to 26.3 in 2018-19, for the age group of 18-23 years. For male population, the GER is 26.3 where as for females it is 26.4. In case of SCs, GER is 23 while for STs, it is 17.2 as compared to the National GER of 26.3. The study found that the NEPAL has the highest score of foreign students coming from neighbouring countries (26.88%), followed by AFGHANISTAN (9.8%), BANGLADESH (4.38%), SUDAN (4.02%), BHUTAN (3.82%) and NIGERIA (3.4%). The study also finds that if regular mode enrollment is considered the Pupil Teacher Ratio (PTR) in Universities and Colleges is 29 and if regular mode is considered, PTR is 18. The study found that the student enrollment in B.Tech and M.Tech programmes has seen a dramatic fall.

92nd Academy Awards Gully Boy is being chosen as the India’s official entry to the 92nd Academy Awards (OSCARS AWARD) in the Best International Feature Film category. The last mainstream Hindi Film to represent India was controversial BARFI! in 2012. Working Group on Social Stock Exchanges Securities and Exchange Board of India (SEBI) has constituted a working group on Social Stock Exchanges (SSE) under the chairmanship of Ishaat Hussain, Director, SBI Foundation. The primary mandate of the working group is to examine and make recommendations w.r.t. possible structures and mechanism, within the securities market domain, to facilitate the raising of funds by social enterprises and voluntary organizations. Shodh Shuddhi It is a Plagiarism Detention Software (PDS) which is being implemented by INFLIBNET, which is an Inter University Centre (IUC) of UGC.  The Plagiarism Detention Software will significantly help to improve the quality of research outcome by ensuring the originality of ideas and publication of research scholars. Initially, about 1000 University/Institutions Central Universities; Centrally Funded Technical Institutions (CFTIs); State Public Universities; Deemed Universities; Private Universities; Inter University Centre (IUCs) & Institutes of National Importance are provided with this service. PACEsetter Fund Programme The Programme was jointly constituted by India and U.S. in 2015. Recently, the Ministry of New and Renewable Energy awarded Grants to the awardees of the second round of PACEsetter fund programme. The joint fund has an objective to provide an early-stage grant funding to accelerate the commercialization of innovative off-grid clean energy products, systems, and business models. The main purpose of the fund is to improve the viability of the off-grid renewable energy businesses that sell small scale (under 1MW) clean energy system to individuals and communities without access to grid connected power of with limited/intermittent access (less than 8 hours per day).