Apart from above, a number of other initiatives has been taken by the Ministry of Civil Aviation in the past 100 days in the direction of enabling affordable flying and healthy aviation sector growth. These includes:

What are the initiatives under the Digital India Scheme?

As part of the Digital initiatives, the Ministry has taken up the following steps:

This is the 3rd in the series of successful testing of MPATGM. The missile is incorporated with state-of-the-art Infrared Imaging Seeker along with advanced avionics.

Man Portable Anti-Tank Guided Missile or MPATGM, is an Indian 3rd-generation fire-and-forget anti-tank guided missile which is currently under development by the Defence Research and Development Organisation (DRDO) in partnership with Indian defence contractor VEM Technologies Private Limited. The missile is derived from India’s Nag ATGM. The MPATGM is a low weight, fire-and-forget anti-tank guided missile (ATGM) which is fitted with a high-explosive anti-tank (HEAT) warhead.

What about its previous tests?

What is Drought Toolbox?

The toolbox so launched is a one-stop shop for all actions on drought. This toolbox acts as a knowledge bank which contains tools that helps in strengthening the ability of countries to anticipate and prepare for drought effectively. This toolbox will also aid countries in mitigating the impact of droughts as well as contains tools that enable communities to anticipate and find the land management tools that help them to build resilience to drought. Background:  India is the host country of the ongoing UNCCD COP14 which began from 2nd September, 2019 and will culminate on 13th September 2019. The Conference is expected to agree on about 30 decisions that will help to ramp up and elaborate further actions needed on the ground to ensure that the Convention’s goals for 2018-2030 are achieved. The events included are Youth Forum, a Gender Caucus, a Science Day , a Sand and Dust Storms Day, a Business Day, a Local and Regional Governments Day, the GEF Day , the Land for Life Day  and a Drought Day.

Context: Swachhata Hi Seva (SHS) 2019, a massive countrywide awareness and mobilization campaign on Swachhata has been launched by PM Modi at Mathura. The launch of SHS was organized jointly by the central Departments of Animal Husbandry and Dairying and Drinking Water and Sanitation and the Government of Uttar Pradesh. SHS 2019 has been launched with a special focus on ‘plastic waste awareness and management’. Swachhata Hi Seva 2019 would see mass awareness generation activities on plastic waste management between 11th September to 1st October, nationwide Shramdaan for plastic waste collection and segregation on 2nd October, and recycling and effective disposal of the collected plastic waste from 3rd October to Diwali, 27th October 2019.

Context: The 119th meeting of the National Commission for Scheduled Tribes was held on 11th September, 2019. 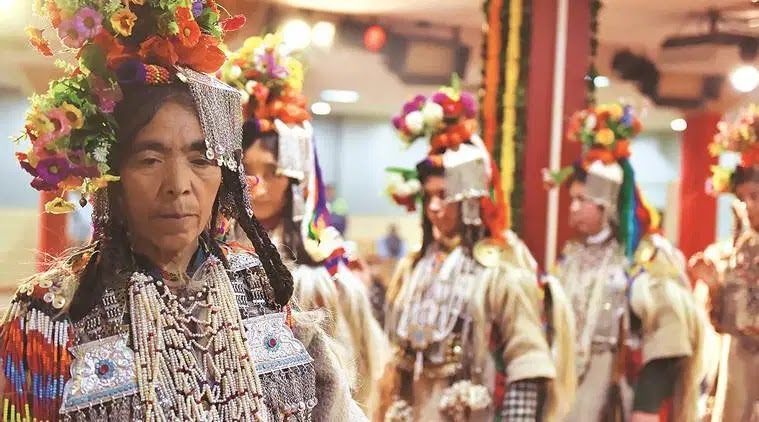 The meeting took place to deliberate the issue of inclusion of UT of Ladakh under Fifth/Sixth Schedule of the Constitution of India. The issue was earlier discussed in the 118th Meeting of the Commission held on 27th August, 2019.

Why UT of Ladakh need to be included under Fifth/Sixth Schedule of Indian constitution?

The newly created UT of Ladakh is predominantly a tribal region in the country. The Scheduled Tribe population represent 66.8 % in Leh, 73.35 % in Nubra, 97.05 % in Khalsti, 83.49 % in Kargil, 89.96 % in Sanku and 99.16 % in Zanskar areas of the Ladakh region. According to official records, the region is inhabited by following Scheduled Tribes, namely : Balti; Beda; Bot, Boto; Brokpa, Drokpa, Dard, Shin; Changpa; Garra; Mon and Purigpa. A number of communities including Sunni Muslims in the region, who are not covered by the official records are also claiming for Scheduled Tribe status.

What does the Fifth/Sixth Schedule of Indian Constitution says?

The Fifth Schedule of the Constitution deals with the administration and control of Scheduled Areas as well as of Scheduled Tribes residing in any State other than the States of Assam, Meghalaya, Tripura and Mizoram.  At present, 10 States namely Andhra Pradesh, Chhattisgarh, Gujarat, Himachal Pradesh, Jharkhand, Madhya Pradesh, Maharashtra, Odisha, Rajasthan and Telangana have Fifth Schedule Areas.  The 6th Schedule of the Indian Constitution deals with “Administration of north east states.” The Purpose is to serve as special provision for tribal area in north east States (Assam, Meghalaya, Tripura and Mizoram). These tribal areas are to be administered as autonomous districts.

Context: Centre is set to bring an ordinance to ban e-cigarettes in the country.

Punishment under the Bill

It is a handheld battery-powered vaporizer that simulates smoking, including the hand-to-mouth action of smoking, but without burning tobacco. Instead of cigarette smoke, the user inhales an aerosol, commonly called vapor. E-cigarettes typically have a heating element that atomizes a liquid solution called e-liquid. The E-liquids usually contain propylene glycol, glycerin, nicotine, flavorings, additives, and differing amounts of contaminants. It is to be noted that India has the 2nd largest number of tobacco users (268 million ) in the world. Out of these at least 12 lakh die every year from tobacco-related diseases.

Recently a meeting has been held at Bangkok for the 16th AEM-India Consultations between Economic ministers from 10 ASEAN Member States and the Ministry of Commerce of India. During the meeting, India and ASEAN agreed to review their FTA in goods to make it more business-friendly and boost economic ties. A joint committee has also been constituted for this purpose. India is the ASEAN’s 6th largest trading partner and 6th largest source of FDI among the ASEAN Dialogue Partners. The India-ASEAN FTA in goods was signed in 2009 and came into force from January 2010. Under the pact, two trading partners set timelines for eliminating duties on the maximum number of goods traded between the two regions.

This new species found by Paleontologists is supposed to be one of the largest flying animals.

Cryodrakon or “cold dragon” is a genus of azhadarchid pterosaur that lived over 77 million years ago during the Late Cretaceous period in what is now Canada. It contains a single species, Cryodrakon boreas, which is recovered from the Dinosaur Park Formation (in Alberta, Canada). The species had a wing span of over 10 metres and is believed to be the first pterosaur to be discovered in Canada. Exercise HimVijay The Army is scheduled to conduct a major Exercise ‘HimVijay’ from October in Arunachal Pradesh and Assam with its newly created Integrated Battle Groups (IBG) which involves 15,000 troops. The concept of the Integrated Battle Groups was war gamed and tested by the 9 Corps early this year. The Army is in the process of reorganising its major Corps into the IBGs. Each IBG is tailor made based on Threat, Terrain and Task and resources will be allotted based on the three T’s. They are tailored to mobilise within 12-48 hrs based on their location. MARKET INTERVENTION SCHEME (MIS) The Centre has announced that it will procure apples directly from the growers in Jammu & Kashmir and money will be directly transferred to their accounts. The decision has been taken amidst the mounting losses to apple growers in the Kashmir Valley. NAFED (National Agricultural Cooperative Marketing Federation of India) is slated to complete the process by December 15 through state agencies under the Special Market Intervention Price Scheme of Central Government.