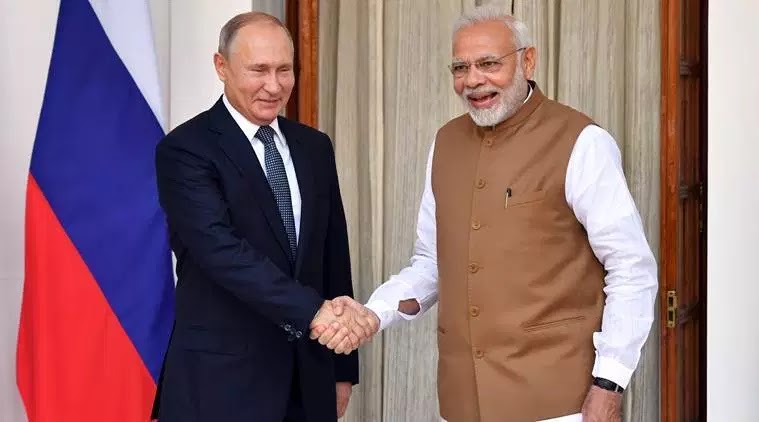 Context: Department of Telecommunication allocates 2 additional dedicated frequencies for running Community Radio – 89.6 and 90.0 MHz What are these? Community radio is basically a short-range, not-for-profit radio station/channel that looks for the information needs of people living in a particular locality, in the languages and formats that are most adapted to the local context. These stations can be mobilized for campaigns, such as by hosting talk shows with campaigners, announcing campaign events,  or playing the campaign radio jingle and songs. How are they helpful? These are helpful in many ways as follows:

Context: Russia is likely to offer India its conventional submarines on the G2G route under the Navy’s Project-75I at the summit between Prime Minister Narendra Modi and President Vladimir Putin. The following changes are likely to occur during the summit:

Context:  A “remarkably complete” 3.8-million-year-old skull of an early human has been unearthed in ETHIOPIA.

The skull which is named as MRD, belongs to the species Australopithecus anamensis and was discovered not far from the younger Lucy (the ancient ancestor of modern humans) and shows that the two species may have co-existed for about 100,000 years.

Context: Two new species of marine eel were discovered at Gopalpur-on-sea in Odisha.

‘Gymnothorax andamanensesis’, one of the two species is a short brown un-patterned moray eel. Similarly, a new white-spotted moray eel, which is now named ‘Gymnothorax smithi’ has also been identified by the Gopalpur ZSI’s scientists.

Marine eels are often found in shallow waters but some of them live offshore in sandy or clayey bottoms ranging up to 500 metres. Till now, 49 species of moray eel from 10 genera had been reported from Indian waters, and their species numbers have increased to 50 with the new addition.

E-Course on Vulnerability Atlas of India

Context: The e-Course has been launched by the Union Minister of Housing and Urban Affairs.

The course will be offered by the Ministry of Housing and Urban Affairs in collaboration with School of Planning and Architecture (SPA), New Delhi and Building materials and Technology Promotion Council (BMTPC).

The major objective of this course is to create awareness and understanding about the natural hazards and help in identification of regions which are highly vulnerable to earthquakes, and landslides.

The e-course would act as a tool for effective and efficient disaster management and mitigation in the field of architecture, civil engineering, urban and regional planning, housing and infrastructure planning, construction engineering.