Context: The Government has came up with a number of measures to lower the burden on the private sector which includes withdrawing the controversial surcharge on Foreign Portfolio Investors (FPIs). The Key highlights of important measures is listed below :

The SEBI Board has approved the norms for migration of companies listed on the IGP earlier called startups to regular trade category of the main board.

Context: Second Round of Composite Water Management Index (CWMI 2.0) has been prepared by NITI Aayog. The CWMI is an important tool to assess and improve the performance of States/ Union Territories in efficient management of water resources. NITI Aayog first launched and conceptualized the Composite Water Management Index in 2018 as a tool to instill the sense of cooperative and competitive federalism among the states. This was a first ever attempt at creating a pan-India set of metrics that measured different dimensions of water management and use across the life-cycle of water.

The report was widely acknowledged and provided actionable guidance to States on where they were doing well absolutely and relatively and what they needed to focus on to secure their water future. This coordinated exercise was led by the Water Resources Vertical within NITI Aayog and the data was then reviewed and verified by an Independent Validation Agency (IVA)—IPE Global.

The Henley Passport Index is the original ranking of all the world’s passports according to the number of destinations their holders can access without a prior visa.

The ranking is based on exclusive data from the International Air Transport Association (IATA), which maintains the world’s largest and most accurate database of travel information, and enhanced by ongoing research by the Henley & Partners Research Department.

What are the assumptions made by the Index while calculating the strength of passports?

The Index makes the following assumptions :

Which are the other Passport Indices?

Context: The new World Bank report focuses on the impact of Nitrate exposure in infancy on the women’s height.  The data set used was taken from over 1,330 monitoring stations from 1963-2017.

While exposure for a short-term to nitrates has almost negligible effect on adult height, cumulative exposure over the first 3 years of life has a considerable impact.

The conference has been organised by UNESCO Mahatma Gandhi Institute of Education for Peace and Sustainable Development (MGIEP) THEME : ‘Vasudhaiva Kutumbakam: Gandhi for the Contemporary World: Celebrating the 150th birth anniversary of Mahatma Gandhi.’ The conference was organized in commemoration of the 150th birth anniversary celebrations of Mahatma Gandhi and aimed at providing youth with creative, effective methods of engaging and realising the United Nations Sustainable Development Goals (SDGs). source : the hindu

Context: On the backdrop of the steep fall in the demand for automobiles, Finance Minister has stepped in with a number of measures to accelerate the automobile demand.

Read more : Why is Automobile Industry facing the trouble? 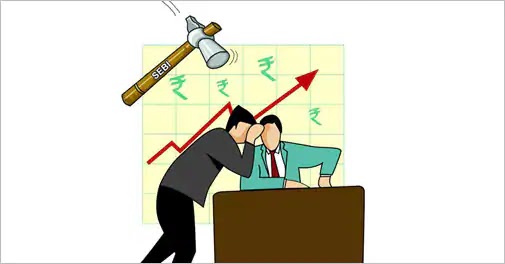 Context: The SEBI Board has approved the Third Amendment to the SEBI Regulations.

What did you need to know about Insider Trading?