Context : Ministry of Road Transport & Highways and MSME has Initiated Steps to Implement Provisions of Motor Vehicles Act 2019 A new website of the Ministry has also been launched which has a dashboard that gives data about highways construction, land acquisition, FASTags etc. It also gives the state wise, month wise data on registration of vehicles in the country.

About the Motor Vehicles (Amendment) Bill, 2019

Indian Railways to enforce ban on single use plastic material

Context : Ministry of Railways has directed all Railway units to enforce ban on single use plastic material, with less than 50 micron thickness from 2nd October, 2019. In regard to this, a circular has been issued by Ministry of Railways which states the following instructions :

SARAL is the first of its kind index to provide a comprehensive overview of state-level measures adopted to facilitate rooftop solar deployment.

SARAL has been designed collaboratively by the Ministry of New and Renewable Energy (MNRE), Shakti Sustainable Energy Foundation (SSEF), Associated Chambers of Commerce and Industry of India (ASSOCHAM) and Ernst & Young (EY). It was launched during the Review Planning and Monitoring (RPM) Meeting with States and State Power Utilities. It currently captures five key aspects –

It encourages each state to assess the initiatives taken so far, and what it can do to improve its solar rooftop ecosystem. This will help states to channelize investments that can eventually help the sector grow.  Also, such an exercise is likely to create a more conducive environment for solar rooftop installations, encourage investment and lead to accelerated growth of the sector.

What are the targets set by the Government?

The Ministry of New and Renewable Energy (MNRE) has set a target of 175 GW of renewable energy capacity by 2022, of which 100 GW solar power is to be operational by March 2022, of which 40 GW is expected to come from grid connected solar rooftops.

Context: NISHTHA which stands for National Initiative for School Heads and Teachers Holistic Advancement is a National mission to improve Learning Outcomes at the Elementary level, was launched by Minister of HRD. During the programme, NISHTHA Website, Training Modules, Primer Booklet and a Mobile App were also launched.

This is the  largest teachers’ training programme of its kind in the world whose basic objective is to motivate and equip teachers to encourage and foster critical thinking in students. This training programme has been included as one of the two transformative ideas from this Department for the 100 days programme of the Government. A Mobile App and Learning Management System (LMS) based on MOODLE (Modular Object-Oriented Dynamic Learning Environment) have been developed by NCERT . With the help of this programme, teachers will get awareness and develop their skills on various aspects related to :

It aims to build the capacities of around 42 lakh participants which will be covering :

It seeks to train all heads and teachers as first level counsellors to be alert and responsive to the needs of the students. Its training Modules have been developed through a consultative process which involved suggestions from the States and UTs and CBSE, KVS, NVS, School Principals and Non-Governmental Organizations, such as Kaivalya Foundation, Tata Trust, Azim Premji Foundation and Aurobindo Society. The training will be conducted in an innovative manner directly by 33,120 Key Resource Persons (KRPs) and State Resource Persons (SRP) which are identified by the State and UTs, and who will in turn will be trained by 120 National Resource Persons identified from :

Its prominent features includes the following :

Context : A progress review for the Ayushman Bharat Pradhan Mantri Jan Arogya Yojana has been recently conducted. According to the recent review, it was found that more than 39 lakh people have availed cashless treatment worth over Rs. 6,100 crore for serious illnesses since the launch of AB-PMJAY. This has resulted in savings of Rs. 12,000 crore to the beneficiary families. 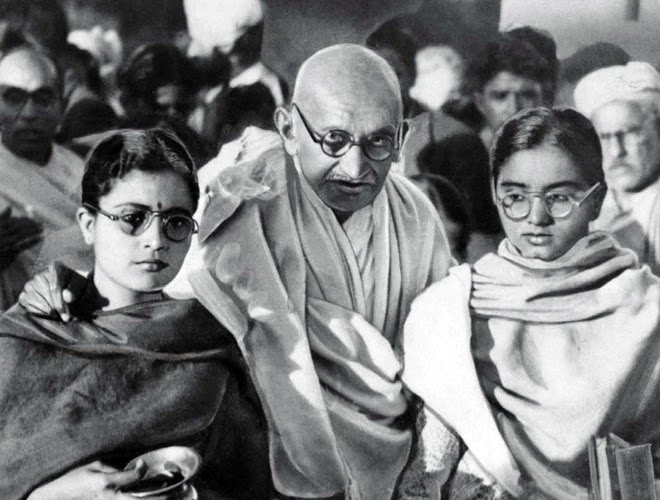 The book has been launched by Union Minister of State (Independent Charge) for Culture and Tourism. The book has been brought out by National Archives of India, on the occasion of 150th anniversary of Mahatma Gandhi in collaboration with Oxford University Press.

About The National Archives of India

Kutch desert was once a forest : study by ASI

Context : A study conducted by Archaeological Survey of India, shows that Kutch which is now a desert was once a forest. The fossils, consisting mostly of ribs, and parts of teeth and bones, were unearthed from Palasava village of Rapar taluk in Kutch, Gujarat. The conclusions made are based on the discovery of a tranche of vertebrate fossils from nearly 14 million years ago in a geological time period known as the Miocene. The fossil so founded suggest that a rich diversity of fauna and flora sustained in warm, humid/wet, tropical to sub-tropical environmental conditions existed there. The large amount of fossils unearthed in Kutch have till now been primarily marine organisms, due to their close proximity to the Arabian Sea. It is also suggested that the geological changes eventually closed off the salt-flats’ connection to the sea and the region turned into a large lake, finally becoming salty wetlands. The findings also point to clues on how mammals dispersed between Africa and the Indian subcontinent when part of India was in the Gondwanaland super-continent that existed nearly 300 million years ago.

Context : Maharashtra’s Tribal Development Department along with the Pace Educational Trust launched this academic programme for young tribal students who aspires to become doctors and engineers.

Inspired by the work of Patna’s Anand Kumar and his Super 30, which prepares smart but underprivileged students to sit for IIT entrance exams, the Super 50 programme will mentor 50 most meritorious tribal students from the State and prepare them for engineering and medical exams. The students will be trained at the Vagad Pace Global School, Virar, under a dedicated faculty, and the coaching will include Class XI and XII of CBSE syllabus and preparations for entrance tests like NEET and JEE. It will be a two-year residential programme, where the students will be provided hostel and mess facilities, a tablet, NCERT books and career counselling.

Context: Tirur Vettila, unique for its significantly high content of total chlorophyll and protein in fresh leaves, has received the Geographical Indication(GI) Tag.

The other products that received the GI tag before with the initiative of the IPR cell of the Kerala Agricultural University are Kaipad rice, Pokkali rice, Wayanad Jeerakasala rice, Wayanad Gandhakasala rice, Vazhakulam pineapple, Marayur jaggery , Central Travancore jaggery and Chengalikodan nendran. Efforts are on to get the tag for Kuttiattoor Mango.